Tips For Authors Pitching to Publishers or Agents

5 Ways To Tweak Your Nonfiction Book Cover To Success

Whether we like it or not, people do judge a book by its cover. According to one survey, nearly 80 percent of readers answered that covers have a prominent role in their decision to buy a book. But as a writer and indie author how can you figure out exactly what your nonfiction book cover should be? After all, you’re a writer, not a designer.

Here’s the thing: a successful nonfiction book cover isn’t just about choosing the best design or the best font. There are certain ways you can manipulate readers into liking your cover, simply by following a couple of tricks of the trade. 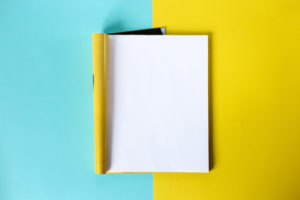 When it comes to designing a nonfiction book cover, some believe that they need to make use of every inch of the cover. In theory, that makes sense—from the waste-not-want-not mentality. Often the more effort you put into something, the more reward you should expect out of it. But effort and design don’t always come together in the way we expect them to. Just because a cover may have less ‘going on’ than another cover doesn’t mean less work was put into it.

But there’s the kicker—putting more work into a cover doesn’t mean you are making it better. All too often, writers end up creating covers with way too much going on, because they want the cover to match the greatness of their book. This is the wrong approach when designing a cover, because a good cover is all about valuing the white space.

White space—everything that doesn’t have an image or text on it—is crucial in a cover. White space does two crucial things:

2) Capture Your Audience Mentally, Not Emotionally 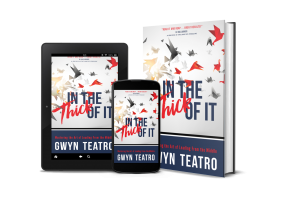 How do you do that? Generally, this means a central image—an image of something intriguing, something that makes you stop and think. Then you want to have a solid color for the entire cover. For most business books, the best covers are usually yellow or orange or blue or red. (Just take a look at the business books on Amazon and check out the colours in use!) And finally, the font needs to be bold and simple.

3) Add A Review, Teaser, or Subtitle to Your Nonfiction  Book Title

Think about what it would be like seeing your book for the first time, online or on bookshelves. Are the title and the image enough to draw you in? Would you stop, pick up the book and turn it over to read the back and see what it’s all about? In most cases, the answer is no.

What’s missing from your nonfiction book cover to really give it that extra hook? An excerpt from a review, also sometimes called a puff quote. Or perhaps a teaser from the content

It’s easy to forget about adding those extra words to your cover if this is your first time designing. But you can see in any bookstore that many books have some sort of indication of what that book may be about, right on the front. This could either be in the form of a great review or an award you might have won (if applicable, of course).

Another thing you can do to draw readers in is to add a quick subtitle explaining what your book is about. If your book has a one-word title, most of the time that isn’t enough to explain what genre your book is in. By simply adding a subtitle like, “A Real Life Crime Tale”, that’s more than enough to get much more attention. (There’s a whole art and science around the choice of title and subtitle, which we will save for another blog article.)

4) Don’t Be Afraid To Go Photo-Less 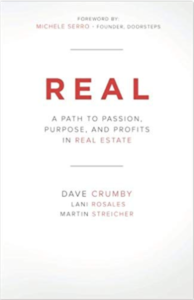 Sometimes, your design and title are all that you need. An image isn’t always necessary when it comes to nonfiction, as long as you still make the design strong enough to stand on its own. How can you do this? With smart design.

Check out Dave Crumby’s Real, a nonfiction book on real estate and self-help. See how the corners have some shadow, drawing you to look into the middle where the first word you see is a big “REAL” in dark red. The spacing, colour, shades, and simplicity of the cover all combine to make it a success, and it probably took less than an hour to make.

5) Turn To Famous Covers For Inspiration

Following the general rules for nonfiction cover design can help, but the fact of the matter is, there are plenty of sub-genres in the nonfiction category, and each sub-genre has its own ‘thing’. Being different isn’t always great when it comes to cover design, because a cover is meant to draw audiences in. But how can the audience be drawn in if they don’t even know what they are looking at?

Think about the famous books in your sub-genre, whether that is crime, business, self-help, memoir, or any other kind of nonfiction. What are the similarities between those books? What’s the general aesthetic? Try to copy that aesthetic and apply it to your design, and that way you can give your book the ‘look’ of a book in your intended sub-genre.

It’s similar to how film studios apply filters over the film to help give it the right “feel”. You would never expect a rom-com to have the gritty, green shade of movies like The Matrix.

These are not absolute rules to be used all the time, every time. However, keep them in mind the next time you are trying to design your nonfiction book cover and see how it changes the result.