Nine Tips for Protecting Relationships When You Write Biography and Memoir

There has never been an author who didn’t worry about backlash from telling their story in the history of writing biography and memoir. It would be lovely to tell stories that were free of conflict and strife, but that’s not usually why we write our stories and it definitely isn’t why people read them.

Biography and memoir are noble contributions to the human dialogue. We write to understand ourselves, and we read to see ourselves in others. We’re just like everyone else, only different, and we’re not alone. Modern humans evolved about 200,000 years ago and we’ve been telling stories about ourselves and others ever since. We’re hardwired for it. We have no choice.

There are a couple schools of thought on the topic of backlash. Some believe that you are entitled to write whatever you like about people (short of defamation or slander) and if they don’t like what you write, well, they should have behaved better. That’s one view, and although it has merit, it seems to lack compassion and forgiveness. Most successful biography and memoir go beyond good-guy-bad-guy and get at what makes us human—all of us, even the ‘bad’ guys. You don’t have to condone or accept bad behaviour in your book, but it’s best if you understand where it came from. Your job is not to just tell what happened, but to bring meaning to it.

There are many ways to tell your story, keep it honest, and minimize backlash. 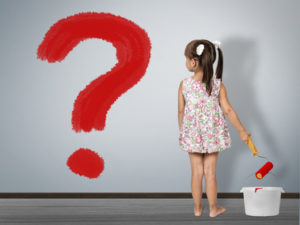 Ask yourself why you want to tell this story right now. Maybe you did something exceptional and you want to tell the story of that journey. Maybe you’ve had an epiphany and are compelled to share the learning. You might just feel it’s time to pass along some wisdom. You may want to leave your legacy. These are all very valid reasons for writing your story in the form of biography and memoir. However, if there is a part of you that wants to write out of revenge or bitterness, perhaps confine your words to a journal for a while longer.

They’re really smart. Look at the difference between these two sentences:

3. Stay focussed on your journey. 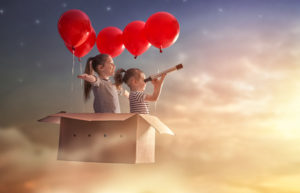 There is a natural temptation to talk about what happened to someone else, or to analyse why someone did what they did, but be very careful not to digress. You risk breaching privacy, wrongly interpreting someone’s motive, putting someone in harm’s way, damaging reputations, and so on. Worse, you also run the risk of getting pulled off your own story, which is where the real power is. If you stick to your own story, you’ll tell a tale that others can relate to. Your honesty will resonate.

Every good novelist knows their characters inside and out. They build entire back-stories to make sure all their characters behave in accordance with their personalities. It’s this three-dimensionality that brings people alive in the minds of readers. Even the villains—especially the villains—have reasons for doing what they do. In biography and memoir, your real-life characters also need this level of understanding. You shouldn’t tell their stories, but you do need to know where they’re coming from if you want to be authentic.

5. Be on guard against the fundamental attribution error.

The FAE is where you attribute a person’s behaviour to their character instead of their circumstances. It’s such a common mistake that psychologists have given it a fancy name. Unfortunately, it short-changes people.

Did your best friend stop hanging out with you because she is fickle, or did you happen to sleep with her boyfriend?

Did your parents kick you out of the house at 16 because they’re selfish and cheap, or did you steal, lie, cheat, and smoke dope in your room all day?

Did your husband leave you for another woman because he’s a cheating so-and-so, or did you have a part in the demise of the marriage by giving up on it long before?

If you are concerned about backlash from your writing, watch for this kind of mistake.

6. Cop to your own weaknesses. 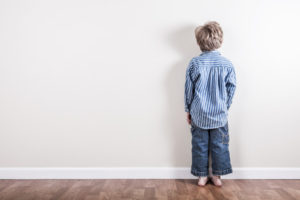 In fairness, if you’re going to write about other people’s bad behaviour, you’d best be prepared to write about your own too. Did you shoplift? Did you lie to someone you cared about? Did you kill someone? Okay. Tell that story. Tell it with all the pain and fear and compassion and courage you can muster and tell it honestly and then let it be. The readers will see you, and they’ll see themselves as well.

In your first draft—and this is important—write without worrying about backlash. Of course, write from a place of compassion and forgiveness and respect, but try not to write with fear. Remember, it’s your story and you have every right to tell it. Care-taking, people-pleasing, and enabling are the arch enemies of biography and memoir.

If, after the first draft, you do a risk analysis and decide that you don’t want to damage a relationship by talking about someone, and you’ve made that decision carefully, it’s perfectly valid to pull that part. You don’t have to tell everything. Many authors of biography and memoir, however, have been amazed at how others have responded to their stories. Words that you worry will damage a relationship may in fact become a door for the two of you to walk through and reconcile. This is especially true if you write compassionately. On the other hand, a small comment you think is insignificant might become a bone of contention. The point is, trying to predict people’s reactions to your book may be harder than you think. Censoring yourself for the sake of “what if” would be a shame.

You may choose to let a person read your first draft and get permission to publish what you’ve written about them. Lots of writers do this. (NEVER do it before the whole draft is written or you run the risk of abandoning the job altogether.) If you go this route, be very clear about your boundaries before handing it over. Are you giving that person 100% veto rights, or are you just letting them know what’s coming, or something in between? Once you’ve decided for yourself, be clear with them about your intentions. When they’ve read it and given their feedback, honour it. Now you know exactly where you stand and there will be no wondering or worrying. 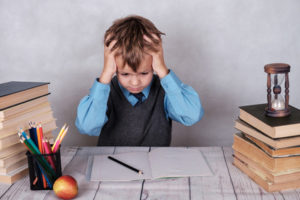 Writing about yourself is hard, even if you use a ghostwriter. You put yourself out there for the world to see. It doesn’t get more vulnerable than that. It’s normal to worry about how you will be received. However, keep in mind that we all struggle. None of us is perfect, but we’re beautiful and noble as well. We try to understand our fellow humans as best we can, but it does no good to dwell too deeply on other people’s bad behaviour. Real power lies in taking responsibility for our own beliefs and behaviour. Real stories live there too.