What’s Your Definition of Success As An Author?

Why do you write? What do you hope to achieve? What, in short, is your definition of success for your writing?

The last question confronted me recently when a fellow writer (a novelist and former journalist named Elizabeth Gates),who I met online and do not know at all, wrote that I had been ‘successful’ with my books. I have no idea if she had read any of them, but it prompted me to consider what success would look like. It is not a straight-forward question.

I wrote back with my usual hesitation. My books do not sell highly, I replied, but they are well reviewed – I don’t know whether I would call them a ‘success’. And then I thought about it a bit more and wrote again with a more reflective response. And she did, too. Let me hold the last correspondence for a moment.

From various writers’ groups, one gets the impression that selling loads of books is the principal goal of most authors. This is not unreasonable. We want people to read our books and we want some income from the process – and those twin aims work in tandem. More readers equal more income.

Some writers go further and ‘write to the market’, meaning that they work out what readers are looking for and write to meet their expectations. Some even choose a genre for this reason. Many write numerous books in a series, again to maximise readership. Pile them high, sell them cheap, loads of sales. Everyone is happy.

Well, yes and no. We non-fiction writers have a harder time. There will be some with diet books or self-help books of various kinds who have a large market of waiting readers. Some even turn these into series. But it is much harder and rarer.

"One gets the impression that selling loads of books is the principal goal of most authors." Is this the ONLY #definitionofsuccess as an #indieauthor?

A completely different criterion for success is a lot of good reviews. This is also clearly a goal of most writers, if only because good reviews lead to more sales. We tend to spend considerable effort – and, in some cases hard cash (such as paying for reviews via NetGalley) – in order to achieve it.

One can, however, view good reviews as an indicator of success in its own right. Your book may not be highly popular, you may not be making serious money, but there is every reason to be pleased with a succes d’estime.

This is true in other art forms – how much money did many famous painters make? – and should be applied equally to writing. I am not talking here of the hasty five-star review written by a well-intentioned neighbour, but of the thoughtful, reflective review from a complete stranger which indicates that your book is very moving or thrilling or thought-provoking or whatever.

Related to getting good reviews is winning writing awards. There are many of these, I have found. Some are based on assessment of the book by a panel of serious judges. Others are based on readers’ votes, which sounds fine until you realise that they tend to be more an indicator of the number of friends and acquaintances a writer can muster (not all of whom will have even read the book) than a real ‘favourite’ book.

Other Criteria for Author Success

But books can also be successful on other terms, such as the achievement of laudable aims. When I asked why my new e-mail friend viewed my books as successful, she wrote that they were ‘relevant and useful’. That is certainly one definition and one way in which many non-fiction books will thrive.

A book may be highly practical, for instance explaining how to play the guitar, or, indeed, how to market books on Facebook. If a book does so effectively, it can be deemed a success in its own terms, whatever the sales or reviews.

Alternatively, a book may offer a thoughtful account of the author’s experience of widowhood or dealing with a parent with Alzheimer’s disease. Such books can be moving in their own right as well as helpful to others. This, too, can be a sign of success, whatever the sales.

Which brings me to my own position. The more I thought about this question, the more I realised that I would define success for myself as having written something I was proud of. In my own case, it is writing well about a subject of real importance, with sensitivity and honesty. It is what I have strived to do all my life.

"I would define success for myself as having written something I was proud of." #definitionofsuccess #indieauthor #nonfiction

Reflecting on My Own Books

I write what tends to be called ‘creative non-fiction’. The particular selling point of my three current books is that they use the actual words of people (following a long interview), so that they are comparable to a TV documentary, but in words. Their focus, however, is all over the place, according to what happened to capture my interest. There is no series and certainly no writing to the market. Indeed, there is probably little cross over in their ability to capture readers’ interest. All are independently published.

How do they fare by these criteria?

With respect to sales, I don’t know what reasonable expectations for non-fiction should be, but I have never considered mine to be notably high.

The first, initially published by HarperCollins in 1992, is about what it was like to be living with AIDS when it was a life-threatening disease with no known cure (Wise Before their Time). It sold many thousands when first published, as there was a lot of attention to the disease at that time. I decided to re-launch it in 2017 for its historical interest – and it has sold nearly 300 copies since that date. More than I expected, but not exceedingly impressive. My most recent book, published in 2014, is about what it is like to be a grandmother (Celebrating Grandmothers), exploring the joys and the challenges of the role. I thought it would sell well – among other things, it is a perfect present for older women who can be difficult to buy for. But it has sold only about 630 copies to date, which is nothing to be particularly thrilled about. 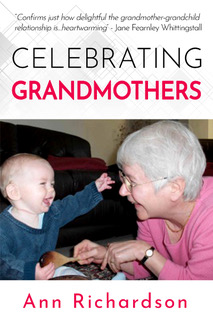 And in-between, there is my book about what it is like to work with the dying (Life in a Hospice). Initially published by a medical publisher in 2007, I had thought it would sell well because I found the subject so fascinating. Alas, I did not reckon with readers’ reluctance to read about death, and it sold only 600 copies in its first five or so years. Re-launched in 2017, it has been doing considerably better, with over 2,500 copies sold since then, helped by two BookBub promotions. On the criterion of good reviews, my books have fared well. All three have received a large proportion of five star reviews, including many very thoughtful ones. My favourite, written by Sir Ian McKellen in his Foreword to my book on AIDS, says “these true stories are as powerful as any great classic of fiction”. And the book on hospice care was Highly Commended by the British Medical Association, a serious award in my view.

But most importantly, I feel – and the reviews confirm – that my books achieve my principal aim of an honest and moving communication about a subject of importance. In each case, I wanted to develop a real empathy among readers for the people in the book. It is hard to know, of course, but both the formal reviews and informal comments from others suggest that I have performed this task. That pleases me immensely.

Yes, I would like sales – the more, the better. Yes, I want to get good reviews as they show that others have appreciated my efforts. But most of all, I need to feel that I have created something I am proud of.

What about you? What's your definition of success as an author?