6 Tools For Your Writing Journey

Tips For Authors Pitching to Publishers or Agents

Gwyn Teatro is one of our authors at Ingenium Books. We’re thrilled to share her news – that she’s writing a book – and to let you know that we’ll have more information about Gwyn and her book as we progress through the project. This post was originally published on Gwyn’s blog “You’re Not the Boss of Me” and we share it with her permission. We will be sharing stories and guest posts from our other authors soon, too… so stay tuned. Visit early, and come back often. 🙂 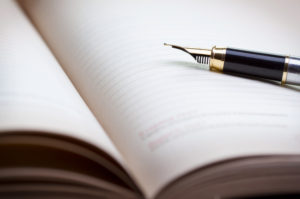 It’s been a while since I was here, three years to be precise. I thought my writing days were over. I thought I’d said all I had to say about leadership and people and workplaces. It appears I was wrong about that.

It has taken me three years to think about what might come after “You’re Not the Boss of Me”. I’m kind of slow that way. But, here I am again to tell you this. I’m writing a book. Of course it’s about leadership, but it’s also about the zoo that is life.

One of the reasons it took so long for me to make up my mind is there are so many books about leadership I saw little point in adding to the mix. I didn’t want to do it simply to feed my ego. I wanted to do it with a more, well, useful purpose in mind.

And then it occurred to me.

There are people who write leadership books for executives because there’s a lot of leverage there. If you can influence executives, help them become better leaders, it has a positive impact on those who follow them. Not only that, but good executive leaders are thought to make a greater impact on economies and create stability in the marketplace. It’s also where the money is.

There are people who write for the new generation of leaders. These are the newly minted, the young and inexperienced who have great ideas and even greater ambitions. The world is waiting for them to blossom and people who write books for them are there to help them do it. This is where the future is and for some, where the hope lies.

I hazard to say, fewer people write for the ones in the middle, the ones who reach middle management in middle age and wonder if that’s all there is. I’m writing for them, the ones who are looking for renewal in some way because their potential for greater contribution and greater fulfillment should not be discounted.

I’m writing a book for these leaders because frankly being in “the middle” career-wise, age-wise and a few other “wises” is not for the faint of heart.   This is often a time when we come to a cross roads of some sort, the kind that demands we either fish or cut bait.   Often the decisions we make at this time of life shape what happens over the course of the rest of it.

My book is designed to help these mid-career leaders expand their ideas about leadership; increase self-awareness and reflect on their own lives and leadership; plan for change and learn some practical responses to everyday leadership challenges.

It will also be a work book of sorts because in the end, I hope readers will be inspired to actions that will help them take considered risks; achieve their intended goals and move closer to the attainment of their ideal future.

I know. It sounds rather lofty doesn’t it? I’m writing a book. The thing is, I believe it possible for all of us to do more than we feel capable of. It’s hard, but possible. I just want to help.

What do you think? Is there a place for a book written for leaders who are in the middle of it all?

Gwyn Teatro, along with Ingenium Books co-founder Boni Wagner-Stafford and others, is also a contributing author to Kitty Karma: Big Stories About Small Cats Who Change Our Lives.

Are you an author interested in contributing a guest post to the Ingenium Books’ blog? Get in touch!